See, I wanted to, but that rascally scanner up and left. I sent out fliers, trying to find the scamp, but there's no trace of him. I searched high and low for almost an entire afternoon before calling it quits. And if I ever see that scanner again, I'll box his ears.

In place of a comic, I'd like to present you with a parable, which I call The Cowboy and the Snake:

One day, as it happened, a cowboy was polishing his boots by the river. The river was a pale blue, and there wasn't a cloud in the sky. Then a snake came by and bit him. Thinking fast, the cowboy went to college to study herpetology and work on an antidote. Thirty years later, an experimental vaccine based on the cowboy's preliminary findings caused all children in a small Kansas town to develop the ability to unhinge their jaws and swallow rodents whole. The cowboy, long dead, was honored with a statue and a street named after him. The street was later renamed after a popular mayor with an alliterative name. He was frequently misquoted in the press, and his image was used as a cudgel by the anti-snake crowd to push for the legalization of snakeskin belts.

And that old snake that originally bit the cowboy? Immortal.

I hope you learned something valuable, and if you see a scanner at your local pub, tell it not to mix toner and whiskey. 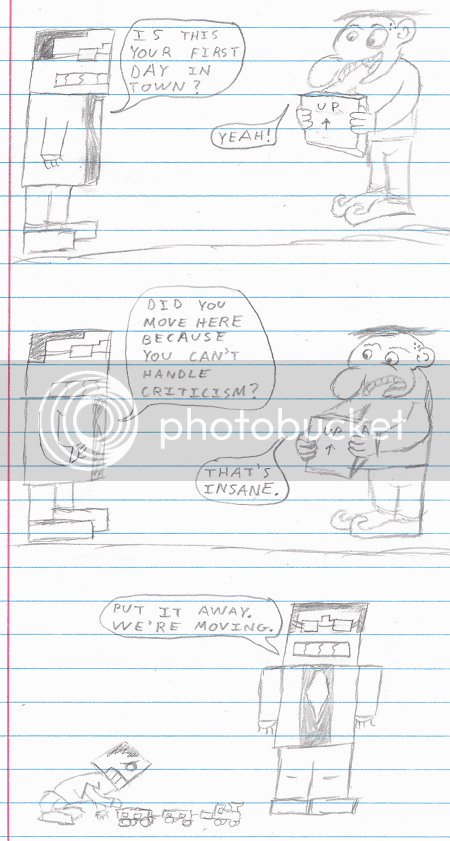 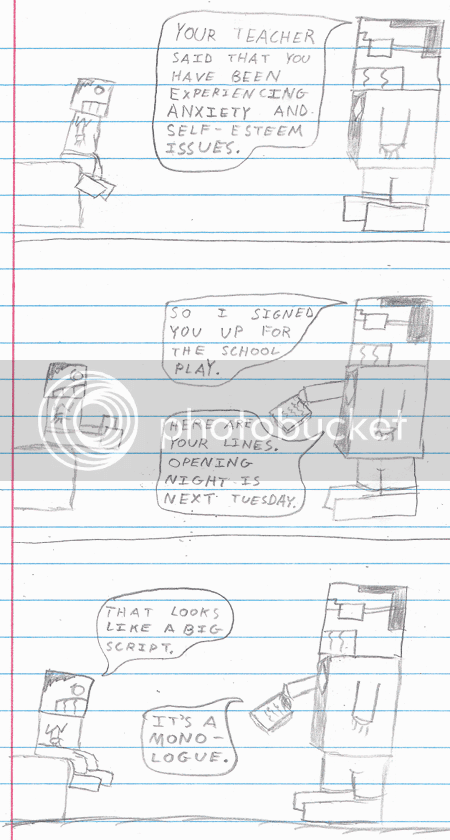 To celebrate the first month of continual comic goodness, I thought I'd post a photo of the first time I drew the dad character. 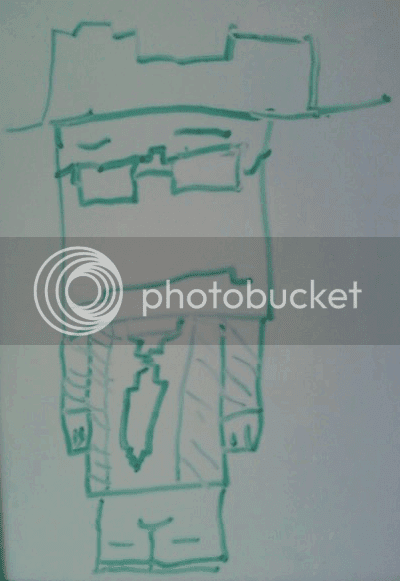 He looks a little sad, possibly hungry. I'm guessing it was because he was sharing a whiteboard with this guy instead of his son: 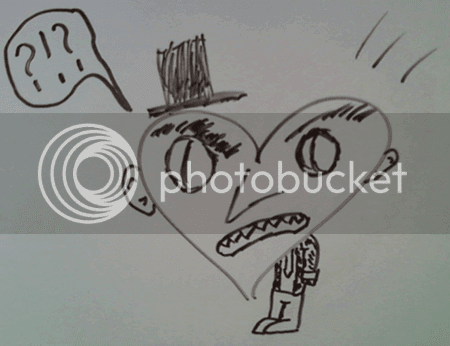 That's Mister Heartmann, a boss archetype who chose to have his head surgically sculpted into the shape of a symbolic heart for a corporate publicity stunt. He bought that top hat with his bonus.