Notice how the title ends with an exclamation mark. That was intentional, to convey importance.

Lately, my free time has been spent between two time-consuming activities. The first is hiking along the rail trail which is a hop, skip and jump from my house: 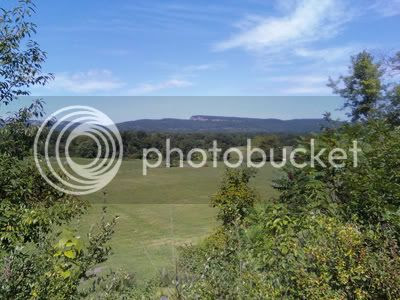 I probably won’t be doing any more hiking, though. The rail trail has lately become the haunt of bank robbers, people who don’t clean up after their horses, and (once the leaves change color) tourists.

Yeah, I’m totally into fitness now. I just did a push up yesterday.

My other activity is much more taxing, mentally. What I meant is, I’ve got the mental mentality.

Before the new semester started a month ago, I realized that every single course schedule I’ve seen since high school has been illegible and confusing. Therefore, I can only assume that every other person has the same problem. So lo! I am currently assembling what is sure to be the greatest thing I’ve made since January:

It’s called ClasScheduler (or, rather, it will be once finished) and you can try it here. It’s mostly done.

I wanted to try a few new coding conventions that I’ve learned in the past year; specifically, treating Javascript as a classical language. For the last three years or so, my web apps have been using a continually-evolving string-based filing system. It was becoming hard to understand and maintain between programs, so I rewrote it from scratch.

The new system completely separates content from the script, so I can finally localize my web apps! More than one language is finally possible! That’s really the only thing I’m working on now, adding more languages. And I’m really trying to add Internet Explorer support.

Also, one final note: after a year of waiting, the Webkit team has caught up to my grand vision and Project Velt now works partially with Webkit nightlies. I should be able to support Safari 4 fully.

New Nanos Are Out! 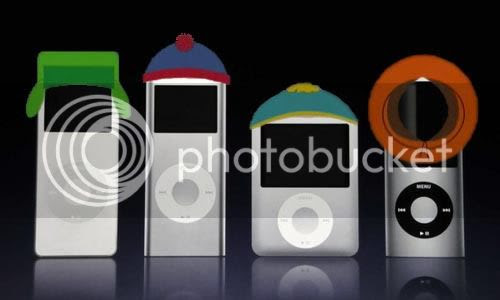 Funny how art imitates life; I actually would like one of the new Nanos in orange. But I've already got one of the Cartmans.
--==\
/==--
Gyrobo

CSSIH: “The House of Mystery”

Last time we showed you an embarrassingly low-budget Charlton comic. The pages were as thin as the plots, and their adverts focused on the coveted 7-55 demographic. This time around, the Comic Scans Sans Inky Hands (CSSIH) project is doing a complete 180, bringing you a phenomenally awesome 1973 DC comic.

Wikipedia teaches us that House of Mystery was originally a horror anthology in the fifties which mutated into a scifi anthology in the sixties but reclaimed its terrifying roots just five years before this comic was printed. And it looks like they had walking around money, to boot. This comic has stories by John Albano and Steve Skeates, both of whom won the prestigious and short-lived Shazam Award for — get this — scripts they wrote for House of Mystery. You can almost taste the quality writing; “Back From the Realm of the Damned” is like Dig The Grave Deep done right, and “The Other Side!” has a mindbending intro before the title page. That just screams “class.”

One thing I love about this comic is Cain. A lot of anthologies from this era have some campy character pull the Rod Serling shtick, trying to build a cult of personality as they narrate. Mostly they end up coming off as some Great Gazoo knockoff. But Cain is like John Newland on steroids, smirking with mirthful foreknowledge of whatever horrors the main characters will encounter. He’s a sadist through and through, mocking the main characters’ self-destructive nature with false compliments as they slowly go insane. He’s also the star of a MAD-inspired 1-page comic! 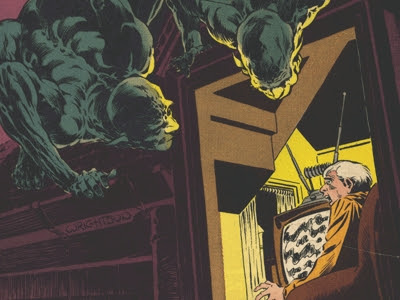 # “Back From the Realm of the Damned”