Discontiguous Advents in the World of Today!

Aha! Comrades in blogger arms! I have returned to you, and with unabashed tales of jovial tragedy and disquieting queerness, each in troves.

My time in exile was too sweet to bear; which is not to say that I have not missed the hum and bustle within the corporation. I only wish to impress upon you the experiences I have gained through the desertion of this blog.

A desertion for which I feel most guilty. I will conspire with the forces that be, at length, to assuage my guilt through song and dance. Metaphorically. I shall tell you all of my great odyssey through this Earth we share, and of the enlightenment I therein acheived.

It behooves me now to set the scene. Get comfortable. Do you take coffee or tea? Alright.

I found myself on the embankments of the Mbatu river, a tributary to the mighty Congo. The missionaries I had been travelling with were kind and generous with my money, for they had brought none.

"Your ascetism is to be admired," I would often mumble as they offered a guide double the general Congo-guide rate, knowing I would be footing the bill, "And also loathed."

Yet they were wholesome fellows, and entertaining, for they performed for the locals in a washboard band. When Father MacIntyre puffed into those jugs, he would give it his all. His face would turn a shade of crimson, and we would all laugh and laugh, and he would have to stop to cough along with out laughter.

I suppose we should have realized he was doomed to die of emphysema. Ah, hindsight.

A young anabaptist in our group, Father William, had brought along his son. Anabaptist priests are not generally referred to as "father," however, the other priests had difficulty adjusting to his crazy moon-sect, and he was literally a father, so they gave him that nickname-- "Father William."

Which puts me in mind of the immortal poem of Lewis Carrol:

"You are old, father William," the young man said,
"And your hair has become very white.
And yet you incessantly stand on your head;
do you think at your age this is right?"

Father William's son was a delightfully withdrawn young man who seemed as thrilled as a clam to be travelling with a bunch of clergy through the third-world villages, offering aid to those who needed it most. He continually wore one of those tunics-- with the hood-- and a pair of tattered jeans that did very little to protect him from snakebites and leeches. Rather than hobknob with the likes of us fogies, he stared into the distance and listened to a device called a walk-man.

At one point the William boy contracted a fever, and we were forced to stay in a village so small it had no name. This area was removed from the shamanistic rituals that still haunt the more hidden African communities, yet folk medicine remained the only form of treatment available for the poor child (we had begun the journey with a case of antibiotics, but they were now depleted. I suppose I shouldn't have been mixing them into my English Breakfast. Live and learn!).

There was no medicine man, but the oldest woman in the village, whose name was Ngassi, I believe, was determined to see the young man back to health. Ngassi was beautiful-- hunched and frail, her face folded with age, but beautiful nevertheless. She stayed by the youngster's side day and night, feeding him different herbs and mushrooms to aid his condition.

Still, the boy's fever would not abate. How worried was his father! Ngassi told him that there were demons in his head, and that they would need to be released. Being a devout christian, of course, Father William did not believe in demons or spiritual healing or any of that hokey superstition. Yet the boy's condition would not improve.

Eventually, he consented that Ngassi release his boy's demons. She found a sharp rock and punctured his brain.

When the bleeding stopped, his fever receded. Amazed, the missionaries thanked her, and when he stabilized, we left.

Yet the William boy suffered from long-term mental illness as a result. As we discovered once back on the road, his cerebral injury had left him with echolalia, the irrepressible repetition of whatever he heard. And because he spent all of his time listening to his walk-man, the rest of the trip was set to his hip-hop stylings.

Next time I will aspire to tell you of how I may have saved Denmark from a piggish uprising, in a chapter I have reluctantly entitled, Dane-y Boy, the Hogs are Snarling.

So I was going through my bin of test cases today, and I came across a bunch of the cryptography samples I put together to help me figure out how to create €ncryptør:It was a lot of fun to go through all those pages again. Not only did I get to see where my scripting abilities were over a year ago, but I cleaned up the code somewhat. 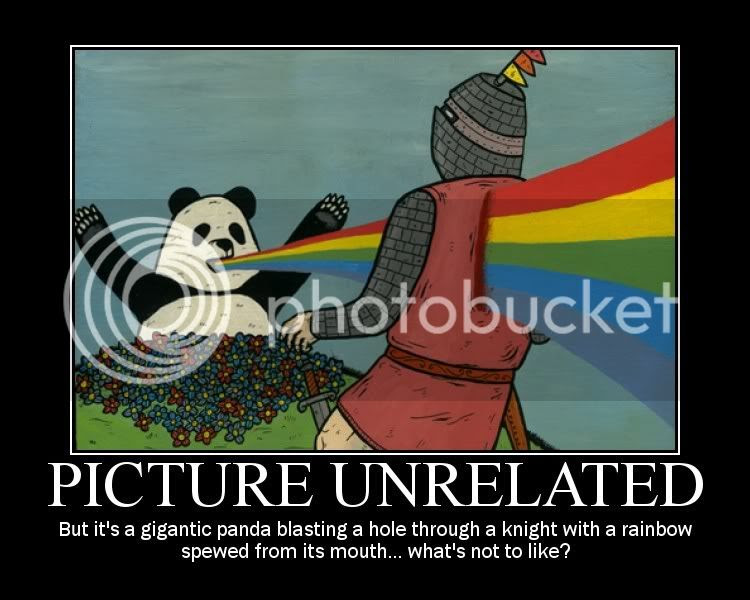 Tomorrow I’m going to New York City for a two-day debate with the police horses. I say they’re a more costly long-term investment than motorbikes; let’s see what they say.
--==\
/==--
Gyrobo

So I’m ramrodding the new Internet Explorer 8 beta yesterday, reading through a white paper or dozen, and all of a sudden I hit a brick wall.

During MIX 07, Internet Explorer platform architect Chris Wilson asked a developer why he would want data URL support in Internet Explorer. The answer given was “bullets and backgrounds.” And if Microsoft doesn’t change the way IE8 handles data URLs, that’s all data URLs will be good for!

Microsoft has chosen to make data URLs unnavigable and (from what I can tell) restricted to non-HTML data only, destroying the versatility of this technology. I can’t, for example, use a data URI to construct a complex web page on the fly (mostly because IE8 also imposes a 2 kilobyte URL limit). Likewise, I can’t paste the data URI of an image into the address bar and display it. The only reason given for these draconian restrictions is some illusive security threat that no other browser vendor can see.

Also, anything that could conceivably be done with data URIs could also be done with the barely-restricted Javascript URI.

The truly infuriating thing, though, is the size restriction placed on data URLs: the maximum is 32 kilobytes. Take this test case I wrote, for example:Both the image and background render perfectly in browsers that aren’t Internet Explorer, but only the smaller background image will render in IE8. This excruciatingly low limit serves no purpose other than to prevent the embedding of images larger than 32 kilobytes, and create a disconnect between data URI-capable browsers. I hope Microsoft will rethink its implementation of data URIs before IE8 goes gold, because this is just ridiculous.