Secure Our Planet’s Borders
Dear Editor:
Only five percent of the objects that pass through our planet’s atmosphere every year are inspected by government officials for drugs and/or weaponry. Five percent. It’s appalling to think that after all these years, the government still hasn’t learned the lessons of Comet Hale-Bopp. Humanity was almost wiped off the face of the Earth, but has the President or Congress implemented the Hale-Bopp Commission’s recommendations? A resounding no! Our planet’s atmosphere is still as porous as it’s ever been, and there’s no telling how much contraband interstellar smugglers have gotten past our lax security. We can no longer afford to ignore the looming threat posed by the cosmos; every day, more and more of our kids get hooked on the moon rock. People, we can’t keep sitting on our hands. This is simply ridiculous Contact your congressmen immediately, and tell them to implement the Hale-Bopp Commission’s recommendations as soon as possible. I understand that some of you question the commission’s proposal to build a giant protective carbon sphere around the Earth, since it will cut off the sun completely and cause a permanent ice age. But I have one question for you, you Doubting Thomases: how patriotic is the sun?


Can We Still Afford “Paper Or Plastic?”
Dear Editor:
McDermott Bagging Inc. has always been at the cutting edge of bagging technology. In 1890, we invested $20 (valued at over a hundred billion dollars in today’s currency) in our Bag-Building Brainstormers, an elite engineer corps devoted entirely to the development of new kinds of bags. The bag species our brainstormers dream up are tested thoroughly for quality and marketed to grocers, packing companies, shadow governments, major retailers, and anyone else willing to pay top-dollar for top-quality brand bags. Admittedly, there have been mistakes over the years: the lead/mercury bag of the late 1890s, 1919’s “Proud Member of the League of Nations” Bag, 1933’s “An End To Prohibition” Bag (coated with alcohol, tended to ignite), the post World War II “Surplus Plutonium Weave” bag, the 1957 “Shattered Glass Grab-Bag,” and the infamous “Tissue Paper” Bags that almost sank us in the 80s.

But like the noble chimpanzee, we too are capable of learning from our mistakes. Each failure sent our company in a different direction, divining methods of creating cheaper, stronger bags. Industry experts have said that due to McDermott’s research, the average plastic bag increased in strength by over 250% during the 20th century, and the average paper bag contains over a thousand percent more recycled material than it did in 1900. Therefore, it with a heavy heart that I announce the closure of McDermott Bagging Inc.

Ever since the dot com bust, we’ve been hemorrhaging millions in revenue as the cash-strapped businesses we deal with recommend reusable buckets to their clientèle. This allows them to cancel costly orders for barrels of bags from both our paper and plastic lines. We can no longer afford to feed and clothe our thousands of full and part time employees, and so must close our Baywood and Birchtown branches. Our subsidiaries will be sold at a private auction, and our main office is scheduled to reopen in six months as McDermott Bucket Co.

On behalf of the Board of Directors, I apologize to both our employees, and to you, the consumer.


Unfunny Cartoon Is Offensive
Dear Editor:
As the head surgeon of Oxglove county’s most prestigious hospital, my waiting room is always fully stocked with newspapers and magazines from all across our great nation. Until a week ago, your Tribune was prominently featured at the forefront of our magazine rack, above the Oxglove Record and the Daily Oxglovite. After all, none of them have won the Bendicott Award for Journalistic Excellence five years running, have they? I’m sorry to say that I frequently promoted your hackery for two of those five years. Last Monday, one of my patients derisively told me during a routine quintuple bypass that she’d seen a political comic in your paper casting our hospital in a terrible light. I didn’t believe her at first since she was a pyromaniac firefighter, but after seeing the cartoon, I was very offended. The doctors we have here work very hard, and it was wrong of you to depict our entire hospital as some kind of impending national crisis. Your paper should issue a retraction immediately, before our legal team is forced to take action.


History Should Not Be Taught In Our Schools
Dear Editor:
The public school system if filling our children’s heads with unwarranted truths! A week ago, I took my family on an educational vacation, to see where several key battles of the Revolutionary War were fought. During our self-guided tour of Bunker Hill, my eldest son William informed me quite nonchalantly that the actual battle had taken place on nearby Breed’s Hill. I tried to use logic to convince him otherwise (if it had been at Breed’s Hill, it would’ve been called the Battle of Breed’s Hill), but he resisted, saying he’d learned—in school—that the battle had taken place at Breed’s Hill. Naturally, I had him executed for his insubordination. But what totally shocked me was the way his teachers had distorted his understanding of historical continuity.

History isn’t something that’s fixed; it’s not a candy bar on sale at a convenience store. It’s something malleable, open to interpretation. What was true last week may not be true this week, and may not necessarily have been true in the first place, upon retrospection. Who’s to say the Titanic sank over the Atlantic ocean, or that Johannes Gutenberg didn’t invent the steam engine? Our history teachers need to pull their heads out of the sandbox and start reevaluating their narrow-minded, one-dimensional views. Lives depend on it.

RE: My New Shiny Metallic Exterior
Dear Editor:
After receiving a total of acknowledgments regarding my recent paint job, I feel compelled to enter my experience into the public record. Implementing file: static_flashback_sequence. When Drone SIG-430-D452 informed me that my scuffed chassis was repainted Light Slate Gray instead of the standard Gainsboro, my initial response was less than or equal to zero in terms of x where x equals happiness. At the time, Common Memory Package 2007-01 maintained that deviating from Gainsboro would decrease plant-wide productivity, resulting in the creation of fewer product. This assumption was disproved; plant productivity remained at exactly 78% of optimal efficiency for one month following my repainting. This indicates zero change from any point during the previous fiscal quarter. I have already submitted my findings to the Drone Assembly Plant in New Guinea in the hopes that Light Slate Gray will be included as a viable chassis color in Common Memory Package 2007-06 (target release date July 10, 2007), along with fuchsia and electric blue.

Babies Are Not Adorable Anymore
Dear Editor:
I’m not going to pretend that I enjoy children. They cry often, they make unpleasant smells, and they are a burden on our economy (no child under fifteen years of age is employed anywhere in our nation, according to official government records). But I am a fan of cuteness. I have a display case full of freeze-dried baby animals, preserved in the earliest stages of cuteness. I’ve written hundreds of columns for dozens of reputable papers detailing the qualifications for differentiating a lovable baby from one that’s only a tad precocious. So I speak as an expert when I say that today’s babies are markedly less cherubic than babies born just ten years ago.

The University of Oxglove’s Baby Likability Department tracks baby adorability rates across the nation; it’s done so since statistics became an accepted science. Alarmingly, the department’s annual report shows not just a decrease in baby cuteness for 2006, but a long term trend of declining cuteness. In 2006 only 56% of all babies were rated “adorable,” a thirty point drop since 1990. The BCI (Baby Cuteness Index) hasn’t been this low since 1953, when an influx of baby boomers saturated the market and drove down average cuteness. But today’s problem isn’t an overabundance of fresh babies, it’s more of a cultural phenomenon. Babies today just aren’t as durable as they used to be, they don’t squirm as much or make as many interesting and adorable facial expressions as they used to. And some are just plain fat and ugly. 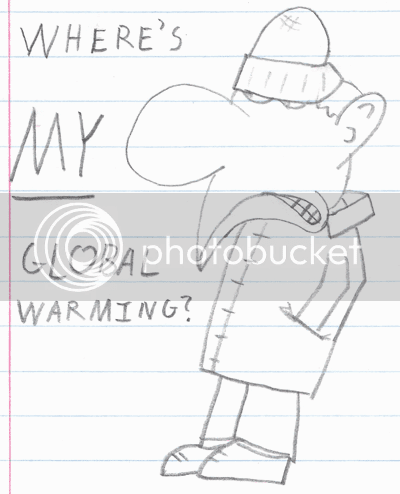 Marvels of the Future!

These last two weeks, the entire Roboshrub Inc. staff has been at an emergency hyperbolic summit to determine our future as an imaginary organization, in light of our recent branching into the widget market. During the summit, we tapped the unlimited potential of a quantum thingy, and the time/space continuum was slightly warped so we could compress the 10,000 year meeting into a scant two weeks during which time we were incommunicado.

But being displaced from the normal timestream allowed us a rare glimpse into our future...

During the next five years, the Department of Defense and Blogger apparently will jointly contract Roboshrub Inc. to build the next generation surveillance/feed reading drone. 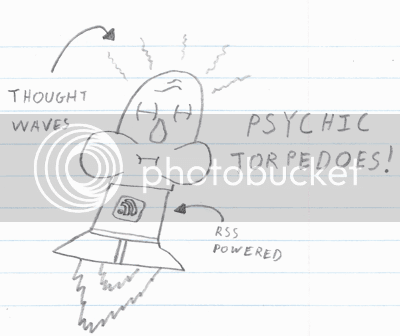 Do any of you remember the New Coke? Remember how much you loved it? Well, in a couple of years, Coca-Cola will try to corner the genetic facial enhancement market with their “New Coke” mindset. Yeah, we didn’t see it coming, either... until we looked into the future. And there it was, plain as day. But the future isn’t written in stone, so we’re gonna totally patent their proprietary base pairs!

As columnist Thomas Friedman claims, the world economy will indeed become more centralized over the next few decades. And Roboshrub Inc. will be riding that wave of internationalization, with our new Vangourd™ Line of measurement standards!

But by far the most impressive thing I saw was a possible timeline where our flagship product was a magical shimmering algorithm that allowed reality itself to be sorted into an array of contiguous ideas. And thanks to our crack team of interdimensional hackers, you too can experience our alternate reality genius!
By clicking here.
When exporting your realities, use the arrow keys to control their flow. The home and end keys move to the first and last realities, respectively, and pressing “Enter” or double clicking will progress the timeline by one. Users of Internet Explorer lack the evolutionary vestiges to export and must select text before inserting images. And they also can’t highlight.

*UPDATE*
Due to popular outcry, I've enabled the hidden Import feature, so you can copy in other people's slides. I was going to enable it by default, but it was doing really weird things in Opera. To make it work perfectly, import your slideshows, save them, and load them.

*UPDATE 2*
Import/export now works perfectly, and a few other bugs have been ironed out. Also, you can now create links between slides (just so you know) and change the default text of new slides. If you find a bug, tell me now or forever hold your peace.
--==\
/==--
Gyrobo