Half a Decade Later

Loyal viewers (unlike you) will remember that today, the 22nd day of June, is the anniversary of our first post. Exactly five years ago today, a strange confluence of cosmic events and a series of boneheaded typos on a zoning permit resulted in the founding of Roboshrub Incorporated, a company devoted to the execution of “bad ideas.”

This vision was articulated by our first CEO, Jimmy Fingers, a hobo lured to our lobby by the implicit promise of free ham and bedding; he subsequently declared himself CEO-for-life and demanded to be paid in Monopoly money. He retired in 2008 to spend more time with his pigeons and was declared dead two month ago when he rammed his company speedboat into a Deepwater Horizon oil rig in the Gulf of Mexico.

Weep openly, friend, for there will never again be anyone as great as he.

Since Fingers’ departure, Roboshrub Inc. boosted its revenue through the acquisition of wealth. Not many companies think to increase revenue this way, which is why we’ve become an industry standard and a media starling. When it comes to fresh ideas and innovationing, Roboshrub Inc. can’t be beat!

Products such as the Mesh Canteen, Furby™ Refurbisher, Sleeveless Spacesuit, and our new flagship product, the 86-Button XComputer Mouse, roll off our assembly line this fall. Be the first in your office to erect our patented Cubicle Fence! Your neighbors will grumble with envy when you unveil your brand-new Roboshrub-brand Olympic-size Grill! Barbecue a buffalo that’s the size of an elephant! Uh-oh, what’s that ringing and why do my teeth itch? That’s the new 4G Robone — the first smart-phone that’s also a toothpick! Need to get out of a jam in a pinch? Sudden volcano! 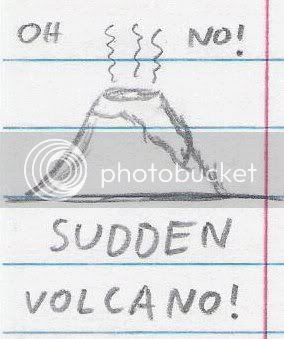 Comes in both shield and composite types for a pyroclastic explosion of fun!
We also give our competitors lead-based awards for consumer safety, and have an established an international presence.

When interim CEO Slappy Lubbock opened our Australian branch in May 2008, he was mocked derisively by the eBoard of Trustees. “Are we marketing to penguins now?” they jeered. Only after Lubbock’s resignation did the eBoard learn that Australia and Antarctica are different continents, though both are uninhabited.

Since that time, our CEO has been the estimable Angus McGriddle, a prominent scientist and professor who invented seven of the eight available varieties of elephant poison. He was sold to us by corporate headhunters who abducted him in the wilds of Gary, Indiana. Speaking only a pastiche of Spanish, Klingon and Bostonian, our training division refined McGriddle into the crafty ombudsman who, as recently as last Tuesday, drank a bucket of paint to appease our customer base.

McGriddle has provided the stable, level-headed leadership that continues to enrich Roboshrub Incorporated: “Achieving synergy through proactive HTML5 has always been our goal,” McGriddle said at the 2009 Buckman Statistical Summit when asked if he’d lost weight. Professor McGriddle has been observed panning for gold in public swimming pools. He also became briefly embroiled in a political firestorm after making the terse statement, “marriage is gay” at a fundraiser for children with problems sitting still.

McGriddle’s self-proclaimed greatest achievement as CEO has been the successful removal of elephants from the corporate headquarters.

We’d like to thank you for tuning in, and encourage you to visit the gift shop on the ninth floor. There is no elevator, and all our staircases are wet.