CSSIH: “The Tomb of Dracula”

The Comic Scans Sans Inky Hands (CSSIH) project is a one-man intergalactic effort to explore the pages of 1970s comic books without getting comic book ink on one’s hands. Once thought impossible, this inkless phenomenon is now an everyday occurrence thanks to fantastic new material marvels like Aluminum.

In today’s installment, Frank Drake, Rachael Van Helsing and their stereotypically silent strongman Taj try to solve a murder most foul. Is Dracula back to his old tricks, or is the real culprit lurking behind the moorland trees? Tune in to find out! 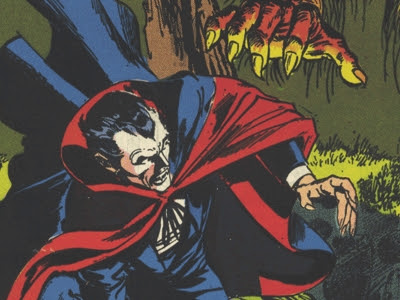 (Editor’s note: this poem is reprinted from Harper’s Magazine, Volume 31, Issue 186, November, 1865. It was mailed in by an anonymous author who has never been caught.)

There was once a man, stood six foot ten.
Lived up in the hills since God knows when.
One winter morn he marched into town,
Pullin’ up tree stumps on the way down.

“Honest Abe,” said a withered old man aloud,
“With boots that tattered, would your father be proud?”

Would his father be proud indeed.

So with an Illinois grin and a backwoods grunt,
Ol’ Honest Abe gave his hoppers a jump;
Underneath his soles the frozen ground cracked,
And his weather-worn shoes were reduced to flack.

With his ten-storey hat and ten long fingers,
Honest Abe sure put that flack through the wringer!

He sure put that flack through the wringer.

“My, that’s impressive!” the villagers whooped
As Honest Abe Lincoln held out two pairs of boots!
With pure golden buckles and laces made of silk,
Abe donned one pair, traded the other for milk. 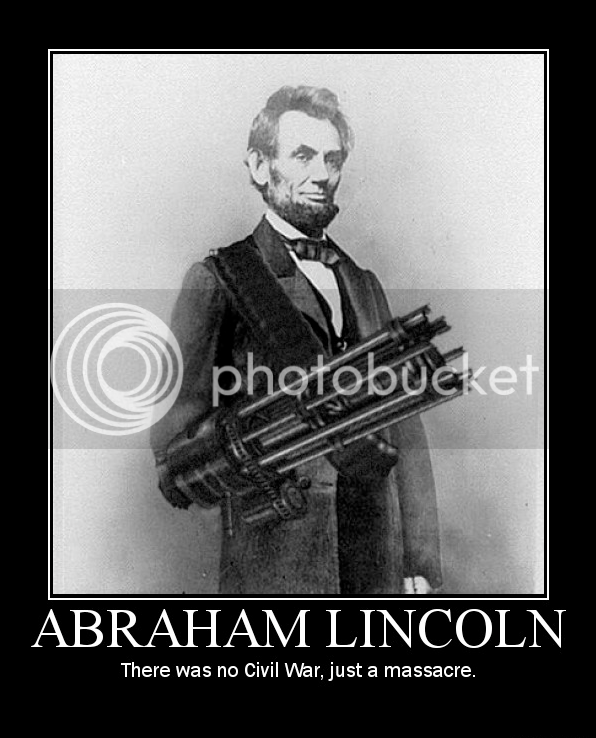 So I'm putting around the ol' Internet, looking at various robots.txt files. It's a noble pastime, one that has jump-started careers for thousands of data sifters. My good friend Bethany Brightbolts got a job doing handwriting analysis on robots.txt files last summer, and now she's the vice president of some nation's house of pancakes.

Never one to turn down a nonpaying job, I studiously burned through hundreds of those accursed files in the hopes of finding something shocking -- could some large company or government agency be discriminating against some poor spambot? My sense of social justice is already outraged!

Surprisingly, the breadcrumbs led right to the birthplace of American bureaucracy, the IRS. Take a look at their robots.txt file; notice anything? All search engines are denied access to certain directories. I can understand that, they've got private data that they don't want web crawlers getting their sticky fingers into.

But one engine in particular is singled out, denied access to the entire site. And that web crawler's name... is Discobot.

Discobot is a component of the Discovery Search Engine, a joint venture between Google, Stanford, God, the Illuminati, Big Tobacco, Big Cardboard, Big Boy Restaurants, and Zombie Elvis to create a next generation search engine that breathes methane and sees in color.

Why are my hard-earned tax dollars being used to fight disco? Does the IRS know something I don't about Google and its (potentially) shady business practices? Or is this a prelude to an all-out war on bubblegum pop?

And why isn't the media pressing the presidential candidates on this?
--==\
/==--
Gyrobo